Positive legislation! Indiana HB 1550 would allow species listed under the Endangered Species Act (“ESA”) to be kept if domestically bred. ESA-listed species are already regulated at the national level by the U.S. Fish and Wildlife Service, but Indiana has a much more restrictive law that makes it illegal to own these species. Banning the […] 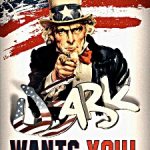 EXPIRED Remember to be CIVIL and PROFESSIONAL at all times! EXPIRED UPDATE: After ignoring everyone who came to speak out against the proposal (including an exotic animal specialty veterinarian), the Board approved the language. The only change was the removal of the spay/neuter requirement for Tier 3 animals. There will be a second hearing with […]