It is with great sadness we have learned that on Wednesday, October 30th, a woman was found dead at a reptile breeding facility in Oxford, Indiana. The victim was found unconscious with a reticulated python around her neck and shoulders, and efforts at resuscitation were unsuccessful. An autopsy to determine the official cause of death […] 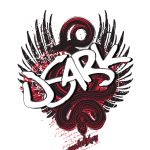 UPDATE 11/7/19: Thanks to overwhelming opposition from those appeared to speak, the ordinance was tabled at the November 7 meeting, meaning there was no vote. This is very good but a lot of still needs to be done. Only very minor edits have been done so far, such as allowing one pot-bellied pig. The Council […]

The Division of Wildlife Resources of the Utah Department of Natural Resources has issued proposed changes to the State’s wildlife regulations regarding reptiles and amphibians (herps). While we do not believe the problems created with the proposal are intentional, the Division should edit their amendments to avoid the many unintended consequences. The deadline to comment […]

All local animal owners need to review the proposal and contact city officials as this proposal affects all animals. Natchez, Mississippi has proposed a blanket ban on all “exotic” animals and also common livestock. There are also new permits and regulations for dogs and cats. The exotic animal ban will include every species except “dogs, […]

Pennsylvania Senate Bill 928 is like many of the “Traveling Animal Act” bans we have seen proposed this year, but it manages to go even further. This bill is more than a ban on travel with animals which would include educational outreach programs. It bans any “exhibitor” from having live animals in traveling exhibitions, but […]